10% of profits go to charities that support women diagnosed with breast cancer. 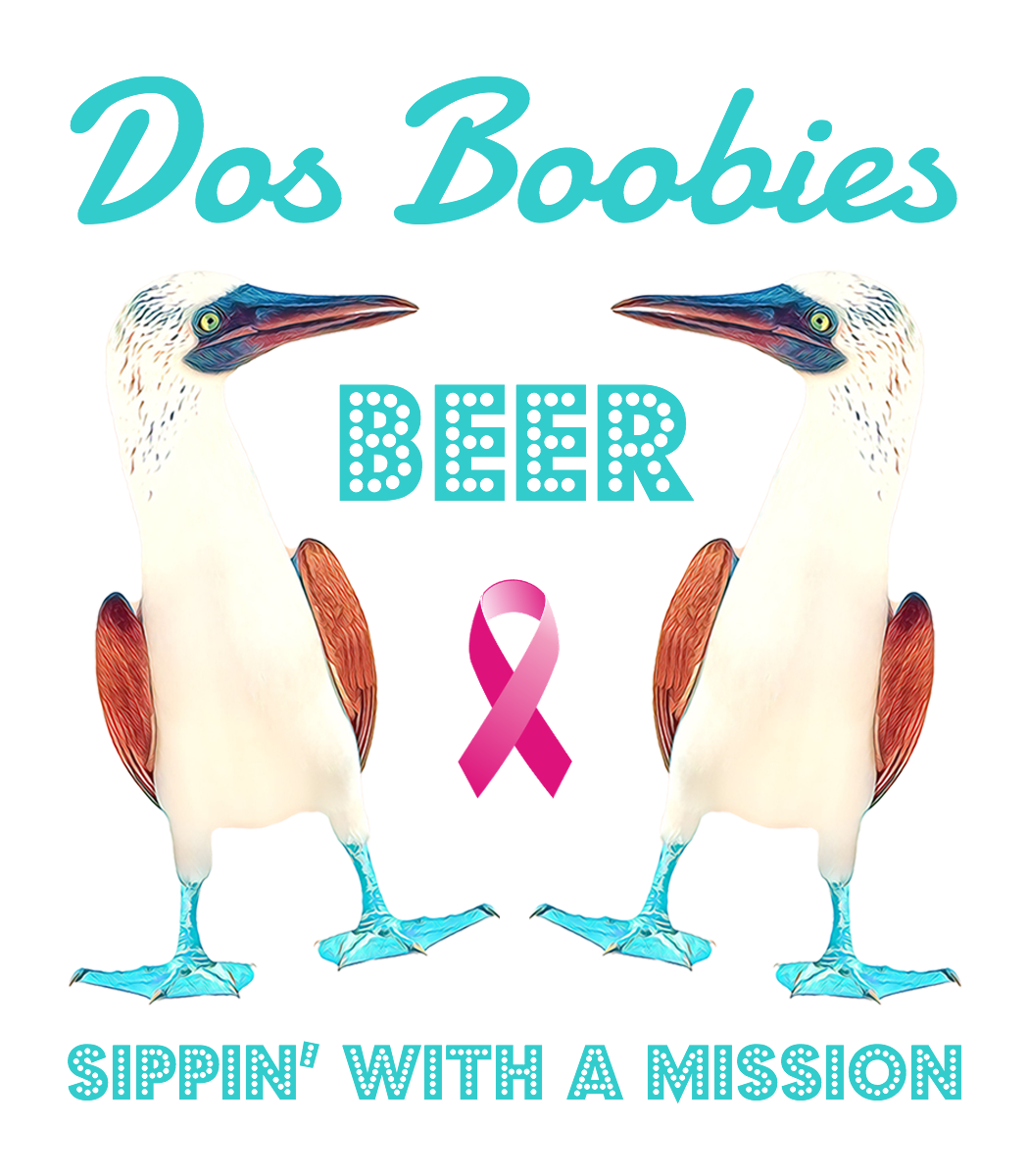 The blue-footed booby is a marine bird native to subtropical and tropical regions of the eastern Pacific Ocean. It is easily recognizable by its distinctive bright blue feet. The name booby comes from the Spanish word bobo (“stupid”, “foolish”, or “clown”) because the blue-footed booby is, like other seabirds, clumsy on land. They are also regarded as foolish for their apparent fearlessness of humans.

The blue-footed booby is monogamous, although it has the potential to be bigamous. The courtship of the blue-footed booby consists of the male flaunting his blue feet and dancing to impress the female. The male begins by showing his feet, strutting in front of the female. Then, he presents nest materials and finishes the mating ritual with a final display of his feet. The dance also includes “sky-pointing”, which involves the male pointing his head and bill up to the sky while keeping the wings and tail raised.

The female blue-footed booby lays two or three eggs. Eggs are laid about four to five days apart. Both male and female take turns incubating the eggs, while the non-sitting bird keeps watch. Since the blue-footed booby does not have a brooding patch, it uses its feet to keep the eggs warm. The incubation period is 41–45 days. Usually, one to two chicks are hatched from the two to three eggs originally laid. The male and female share parental responsibilities.

The blue-footed booby has been observed in the great state of Texas.

We use cookies on our website to give you the most relevant experience by remembering your preferences and repeat visits. By clicking “Accept”, you consent to the use of ALL the cookies.
Cookie settingsACCEPT
Manage consent

This website uses cookies to improve your experience while you navigate through the website. Out of these, the cookies that are categorized as necessary are stored on your browser as they are essential for the working of basic functionalities of the website. We also use third-party cookies that help us analyze and understand how you use this website. These cookies will be stored in your browser only with your consent. You also have the option to opt-out of these cookies. But opting out of some of these cookies may affect your browsing experience.
Necessary Always Enabled

Any cookies that may not be particularly necessary for the website to function and is used specifically to collect user personal data via analytics, ads, other embedded contents are termed as non-necessary cookies. It is mandatory to procure user consent prior to running these cookies on your website.